End results after finishing a map as Survivor.

Same as before, but added more info.

Results screen for Infected
Add a photo to this gallery

When it doesn't have much to do with Reason 2 Die.

Originally made by Iron ISO, remade in higher quality by me.

This is Junpei, "da man" from Persona 3. Not much needs to be said about him. 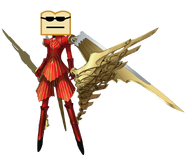 Someone decided to make Pokemon names based on this wiki's contributors. This isn't a Pokemon, but I sure couldn't resist. Name is Toastmegistus.

PlaceRebuilder about to burn his dread. Don't worry, the gun isn't real.

Melchizevei. Not a Pokemon, but who cares?

That "someone" who made this picture was me, actually. It's just my perspective of the situation at XelPixels HQ.

That's PlaceRebuilder when someone leaves the wiki.
Add a photo to this gallery
Retrieved from "https://r2d.fandom.com/wiki/The_JoJite%27s_Fanart?oldid=298443"
Community content is available under CC-BY-SA unless otherwise noted.