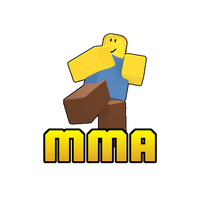 In Mixed Martial Arts [MMA], Armory and Weapons are removed from players - as well as the ability to heal with Cake and most other Items. This is just like Free For All, but your only weapon is Combat. Survivors will spawn randomly on the map and fight each other in melee close combat. The last survivor alive will win the mode.

Mixed Martial Arts was added in Update 51a.

Retrieved from "https://r2d.fandom.com/wiki/Mixed_Martial_Arts?oldid=300336"
Community content is available under CC-BY-SA unless otherwise noted.