A meeting was called in the admin office after sightings of ghosts.

They discovered the cause of the ghosts. 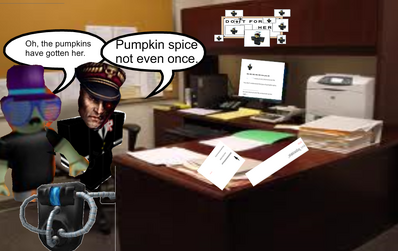 Backstory before the meeting 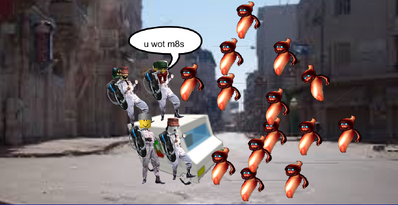 Place and the headmods lead the forward advance, only to be stopped by the large blockade of ghosts 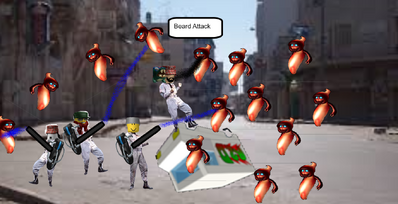 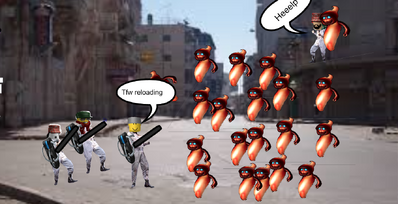 Chosy gets abducted as the van barricade breaks. 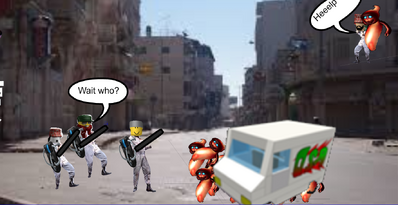 A van falls from orbit, but how? 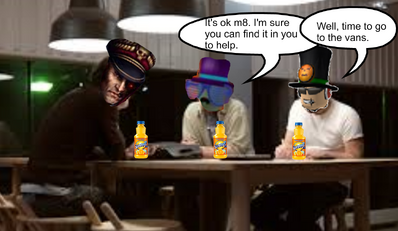 As the vanguard are off, this is what happens back in the HQ

Meanwhile in a lawn nearby.....

After defeating the Pumpkin Lord. The gang hosted a party in honor of their victory and Chosy, (Who respawned like 1 minute later and joined the party).
Retrieved from "https://r2d.fandom.com/wiki/Ghost_Hunting?oldid=298081"
Community content is available under CC-BY-SA unless otherwise noted.